SKRUM has worked in partnership with UK schools for a number of years.
These relationships have proved hugely beneficial not only to the kids in Eswatini but equally to those in the UK

By joining our Schools Partnership Programme, we will help you foster a relationship with a partner school in Eswatini.
There are numerous ways your school can be involved with SKRUM:

Host fundraising events for SKRUM from mufti-days and cake sales to fun-runs and gala dinners.
Donate old sports kit or school uniform.
Use the SKRUM Inflatable rugby game at your sports days, tournaments and events.
Enter into correspondence projects and relationship-building such as pen-pals with your partner school.
Visit Eswatini (formerly known as Swaziland) on a school tour – join in the rugby coaching sessions, help with classroom presentations, make repairs to schools, play in rugby         tournaments and visit the wonderful national parks with rafting and zip-wiring available.
Fundraise or sponsor a SKRUM Feed & Water programme. We will install water harvesting equipment and plant fruit trees at your partner school.
Sponsor a SKRUM coach or vehicle in order that we can visit your partner school more frequently.
Encourage your school leavers to volunteer with SKRUM in Eswatini once they turn 18.
Invite SKRUM to talk about the charity at a school assembly.

We know how passionate schools are to support both local and international charities and we would very much like you to consider SKRUM as a chosen charity. SKRUM recognizes that every school and partnership is unique and each school’s individual character, attributes and requirements, along with its pupils’ talents and aspirations, will help shape the partnership. This is something SKRUM is passionate about and we look forward to working with schools in both continents to help realise their ambitions in this joint enterprise.
Our School Partnership Programme has a small joining fee and in return we offer you many different resources and fundraising initiatives.

To find out more about the SKRUM Schools Partnership Programme, click here, read our case studies below or get in touch >>

Here are examples of how three British schools are working in partnership with SKRUM in Eswatini and the UK.

Marlborough College has a long association with SKRUM and has visited on a number of occasions, as both a charitable visit and within a rugby touring itinerary.

On the most recent tour a group of 12 pupils visited Mphini Primary School and worked there for 5 days helping to improve the facilities at the school, as well as working with the young people being educated there. Their legacy at Mphini are the 35 fruit trees planted in the top field, which they look forward to see growing when they return again in October 2019.

Fundraising efforts have allowed the College to offer cash donations, as well as annual kit, equipment and rugby ball donations. In addition to this Marlborough are very proud that former members of their pupil body have visited Eswatini to worked with SKRUM on gap year placements. 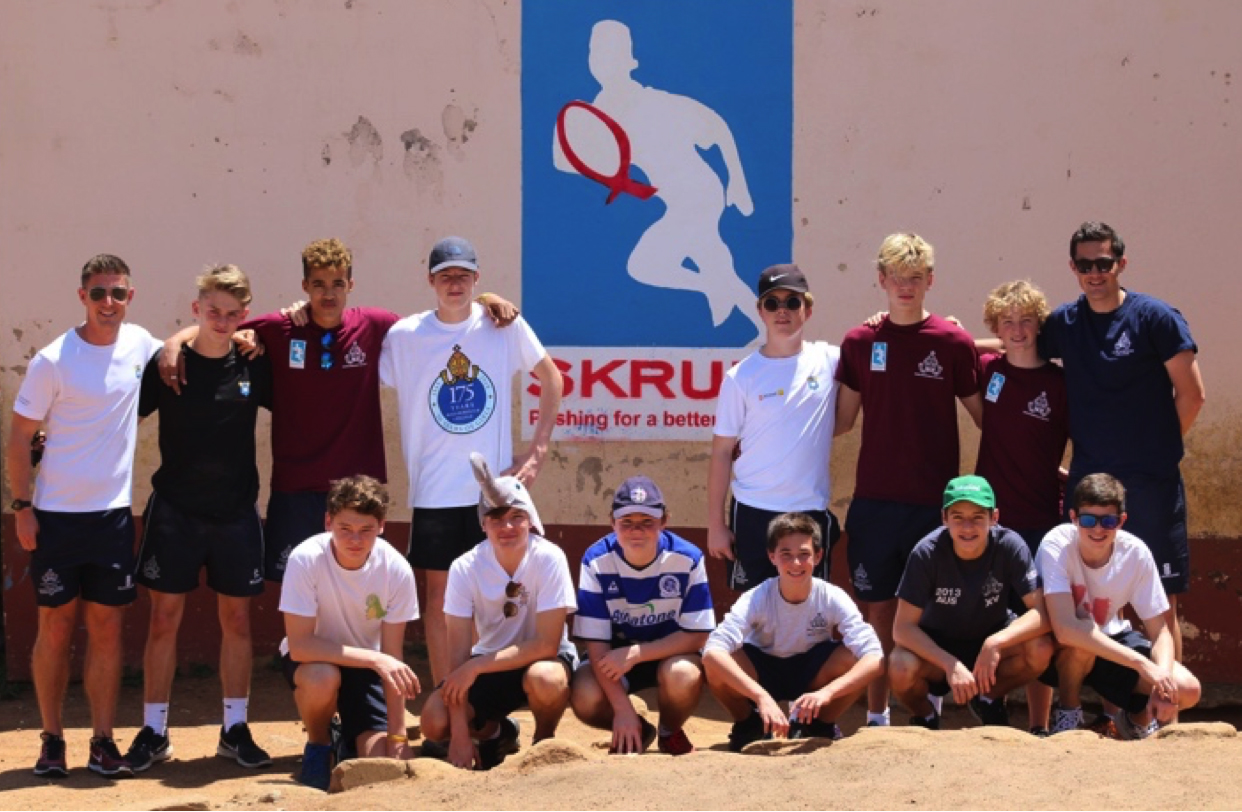 Moulsford Prep was introduced to SKRUM in 2015 when they hosted 10 boys from Eswatini, alongside their teacher and coach, to take part in the Tour Aid Festival of Rugby. The boys spent 2 weeks at Moulsford, staying with host families, and strong friendships were formed.

Moulsford adopted SKRUM as a chosen charity for their 2016 rugby tour to South Africa and extended the tour to include a visit to Eswatini to catch up with their friends and visit their partner school. 55 boys came on the tour, helping with rugby coaching sessions and taking part in a tag-rugby tournament.

The boys from Moulsford continue to raise funds for SKRUM with individual challenges including a bike ride to Paris and the Three Peaks Climb.  They recently held Moulsfest, a festival of sport and music, to raise funds for the 2018 tour when they will be bringing over 70 boys to Eswatini – our biggest tour group to date!

In 2017 Tavistock College became the first state school to enter into a School Partnership Programme with SKRUM.   Nine students signed up to become ‘ambassadors’ for SKRUM and the school, leading a group to enable the college to fulfil its pledge to raise £3,000.

The money will pay for water harvesting systems for three schools in Eswatini and over 50 fruit trees to plant in two communities. As ambassadors, these students will build the water harvesting systems and plant the trees during a visit to Eswatini in 2018. The school has also pledged to bring with them rugby kit and equipment to leave as a legacy for the partner schools and has teamed up with 2 local rugby clubs to help them achieve this. The group recently took part in the Tavy7 sponsored run to kick start their fundraising and have many other initiatives planned.

Tavistock College also brings the partnership with SKRUM into the classroom with Year 8s looking at development in Eswatini during their geography lessons! 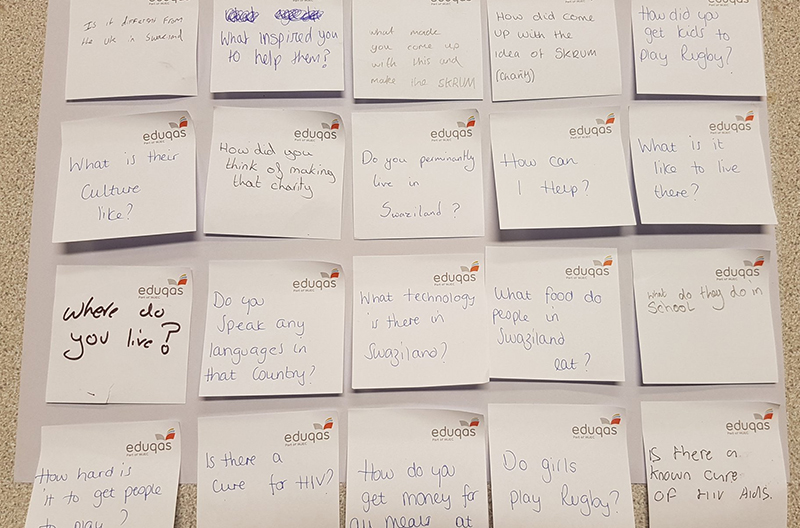 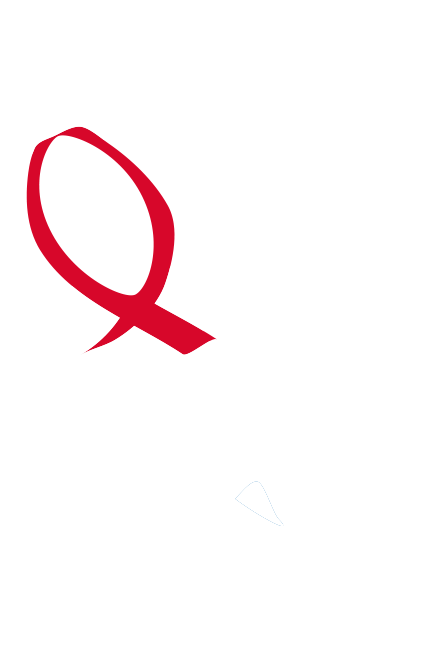 In 2017 SKRUM introduced SKRUM Feed and Water to its programme following the worst drought in Swaziland’s history. SKRUM plants fruit trees at schools and communities and offer trees to children to plant at their homesteads, allowing them to help provide food for the family. SKRUM is also providing guttering and water harvesting systems for schools to collect rainwater giving them the access to fresh water year round.

Our Schools Partnership Programme has been instrumental in helping to fund and install SKRUM Feed and Water projects.

Ways you can help

With increased awareness, figures for HIV/AIDS infection are starting to fall. Please help us to continue to reinforce the message of Pass the Ball Not the Virus.
You can donate to SKRUM in a number of ways:

If you'd like to receive our official newsletter, containing a round up of news, events and activities in UK and Eswatini, sign up opposite.
By subscribing to SKRUM you agree to our terms & conditions >>